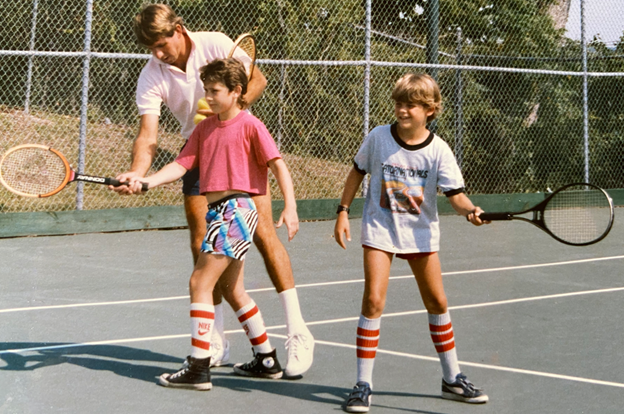 Opening doors for under-resourced youth through tennis and education

In memory of her late husband, JL Stacks, Jean Stacks Harrold has partnered with the North Carolina Tennis Foundation to establish the JL Stacks National Junior Tennis & Learning (NJTL) Endowment to honor a life well-lived. This endowment will fund initiatives to expand tennis and education opportunities to more youth. The mission of the NJTL Network is to provide free or reduced-cost tennis instruction and education programming to thousands of under-resourced youth. The JL Stacks NJTL Endowment will capture the essence of JL's humility, integrity, and firm work ethic to inspire youth to set and reach goals that they otherwise would be unable to attain.

JL was raised in Davidson, NC, graduated from North Mecklenburg High School, and played #1 on the Florida Southern College tennis team. Hard work & determination led JL to the finals of the NC Adult Closed Tennis Championship in 1985. After graduating from Florida Southern he pursued his love of tennis by becoming the head tennis pro at country clubs in Birmingham, AL; New Orleans, LA; Gainesville, FL; and Raleigh, NC. Always a student of people, he developed friendships with many club members that led to his second career in the financial sector. JL joined Robinson-Humphrey in 1988 and was later invited to join Scott & Stringfellow in 1994 to help open its Raleigh, NC, office where he continued to advance and become a Managing Director.

It is my hope that you will join me and my family in supporting the JL Stacks NJTL Endowment to fund grants to NJTL Chapters in North Carolina to positively impact thousands of youth across our state. Your financial assistance & participation will allow JL's legacy to live on through these kids.